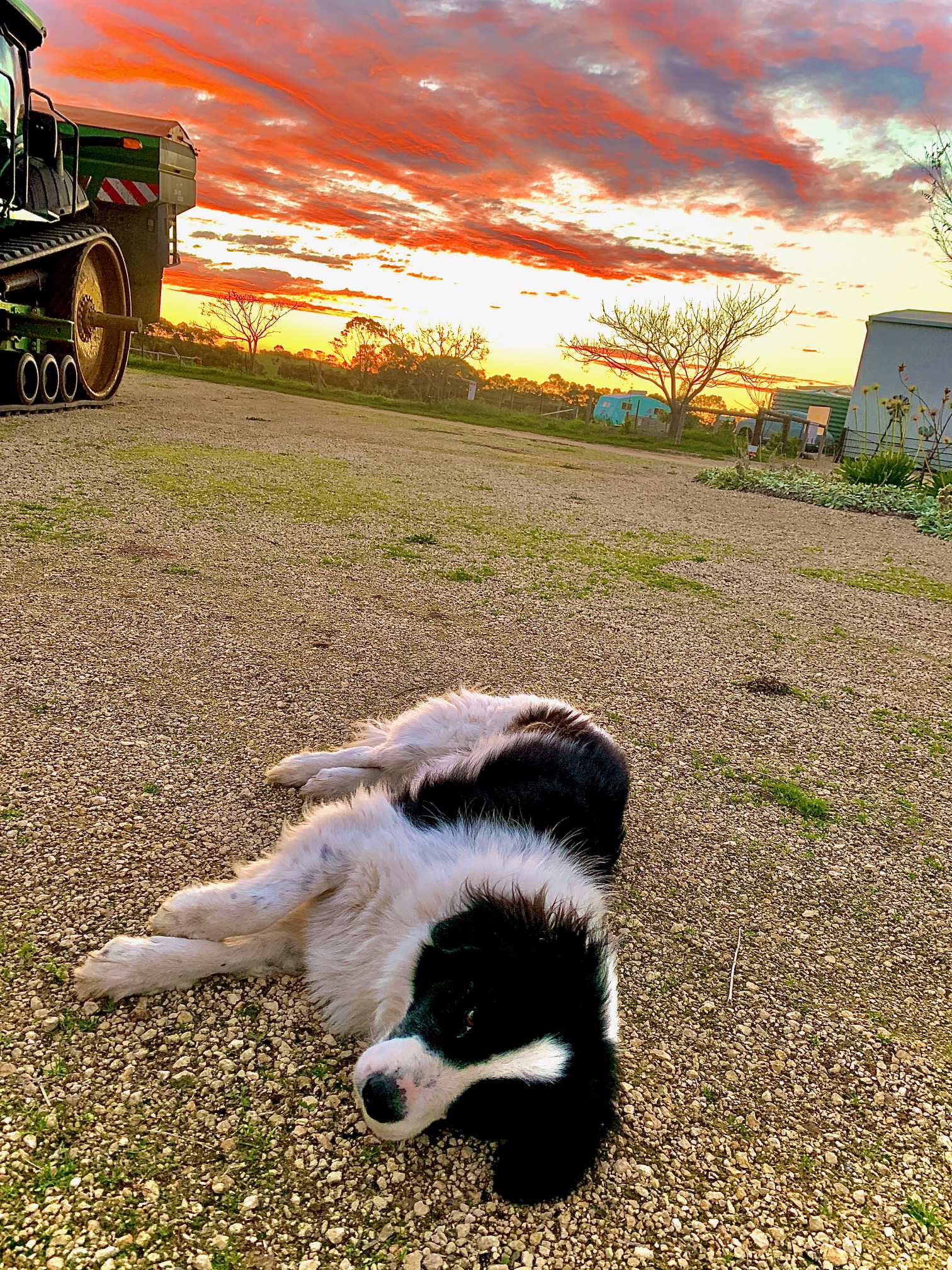 There are two dogs you may see on the farm – McGee the super social Border Collie and beautiful Maxi the Golden Retriever. Both are very friendly and love kids! 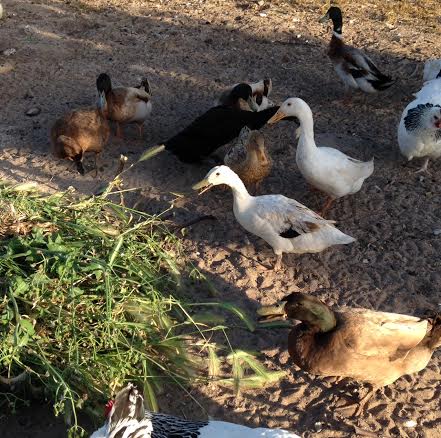 There are some Khaki Campbell and Indian Runner ducks amongst the chickens. These guys are great for cleaning up snails. They also enjoy food scraps – if they can get in before the chickens do. 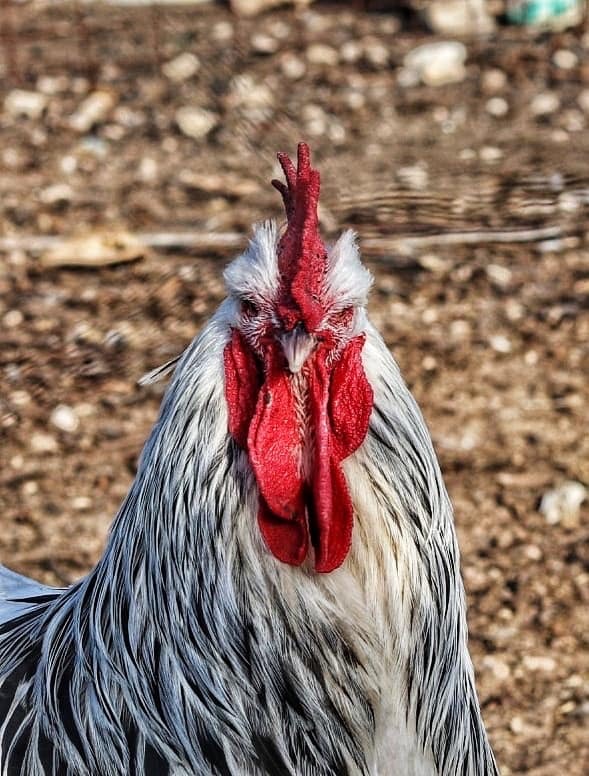 There are a number of chickens on the property. Damien breeds Light Sussex and Plymouth Rock, while I prefer the quirky breeds – look out for the frizzle, silky and sizzle chickens roaming the house yard. We like to call them ‘The Funnies’! If you have any food scraps you are welcome to feed the chickens – they will be your friends forever! 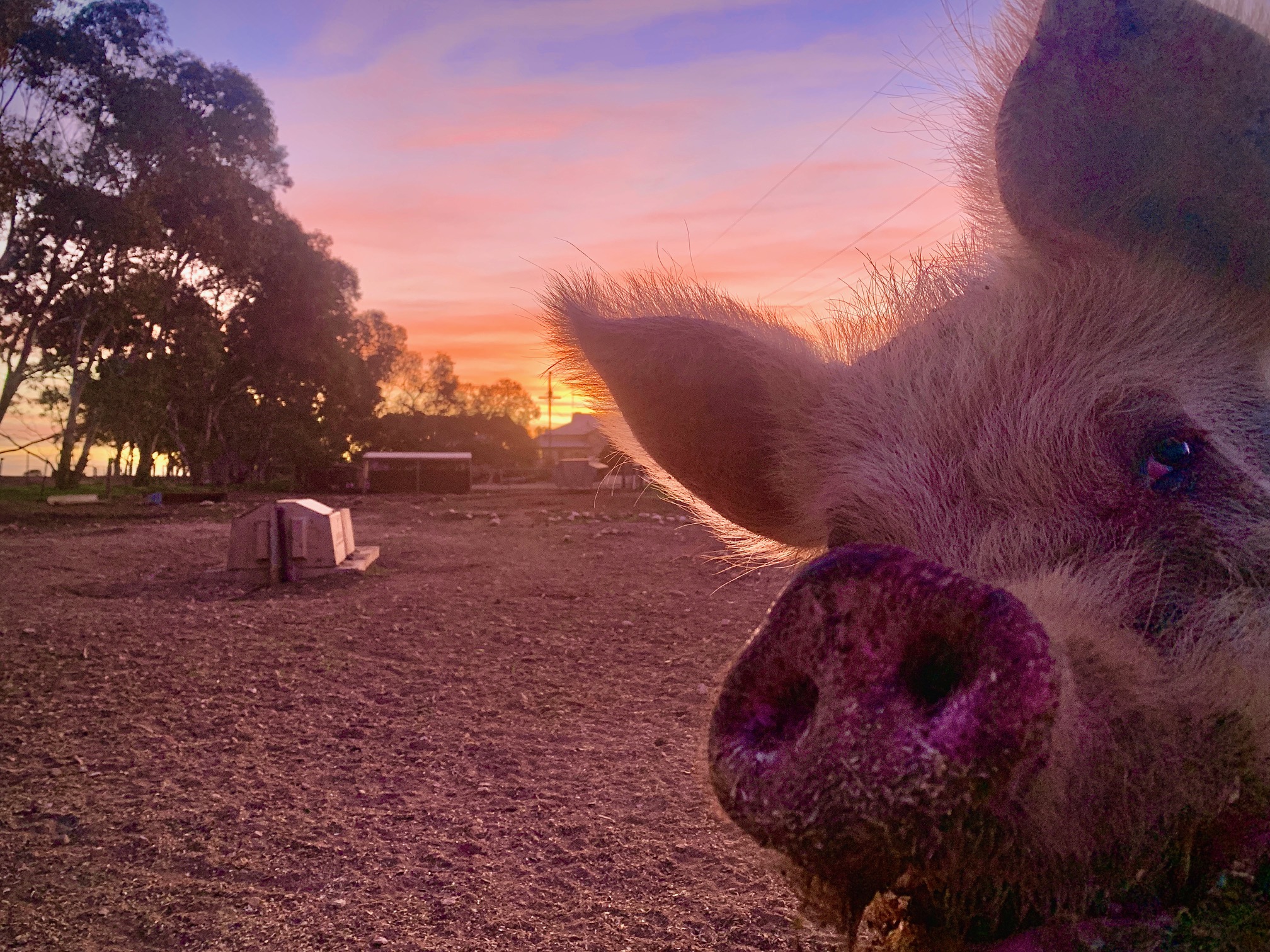 We have three resident pigs at Redwing. Pig Pig is the biggest pig and was part of a bunch the local school were fattening up for the Adelaide Show. Despite her size now, she was the runt of the litter and was picked on to the point that when market day came she was too ill to go. The Ag teacher didn’t have time to care for a lone pig so she was bought out to Redwing where she recovered from her injuries and grew immensely! She has been known as a few things – ‘Lucky’ and ‘Spot the Chop’ to name a few, but she is now known as ‘Pig Pig’. She loves a feed and a scratch on the head, but make sure you watch out for her teeth when she’s hoovering your scraps!

Our second pig is Ingrid who was a pet pig who outgrew her yard! She was rehomed at Redwing in Easter 2013 and has been a hit ever since!

Our latest addition (Jan 18) is Boris the Boar – he’s the black one – and we’re hoping he gets along well with the girls and there may be piglets soon! 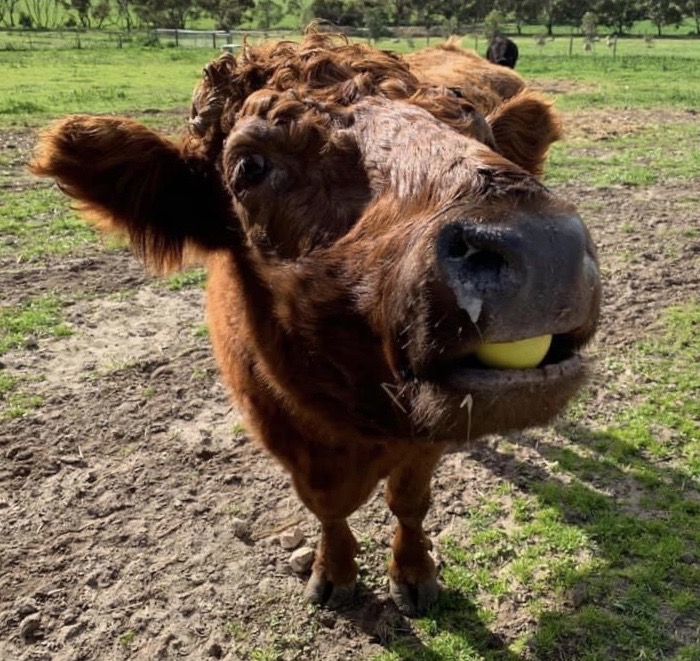 Our two Dexter cows are a miniature breed, so this is as big as they get. The red one is called Ranga and the black one is Caesar. They’re one of our faves, so gentle and quite shy, but they love some scraps as much as any of the other animals, so don’t let them miss out!

Our latest addition is Godfrey the Friesian cow … he’s a big black and white boy who will grow into a giant! But don’t be worried, he’s a gentle soul too.